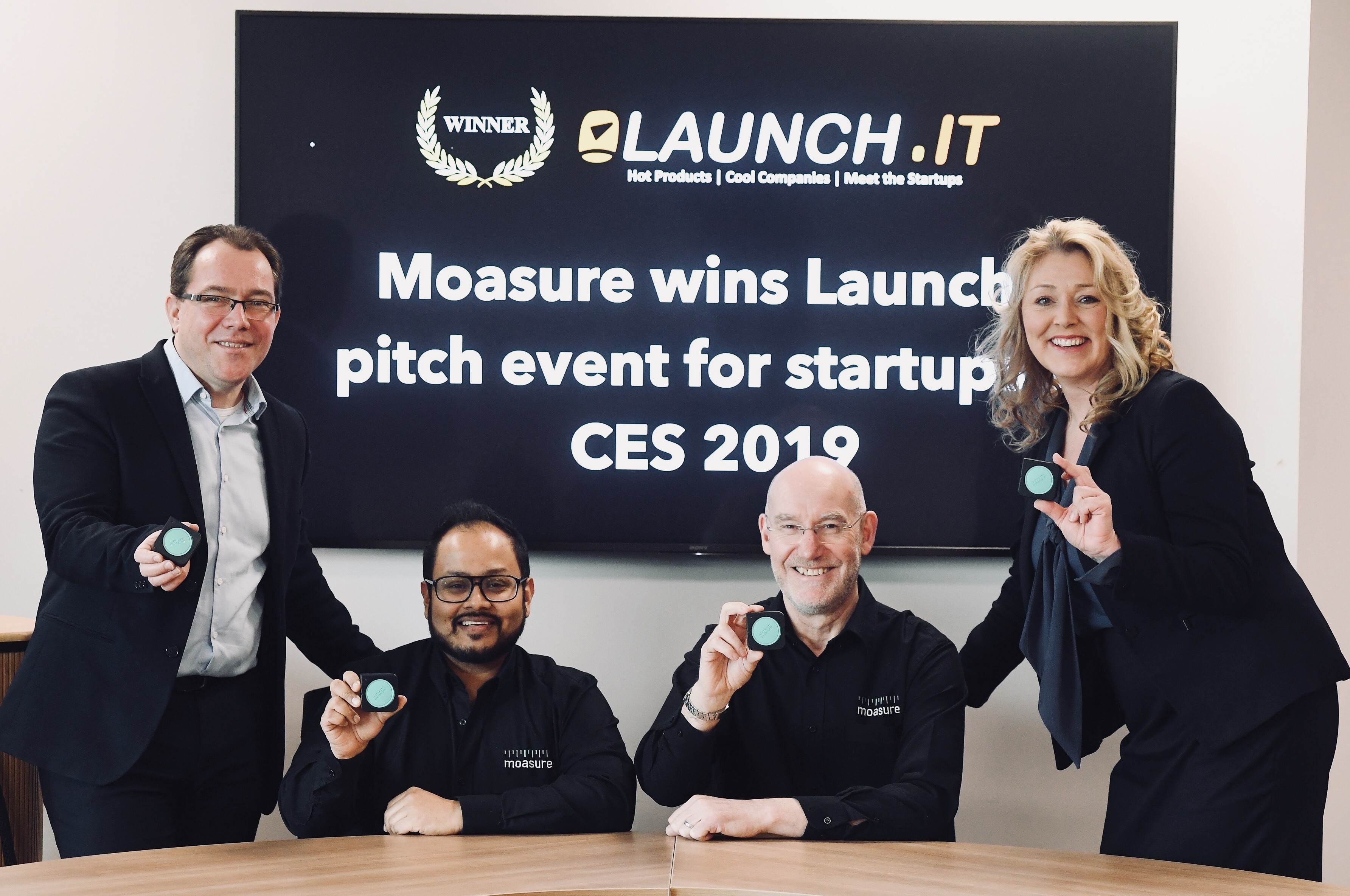 An innovative Warwick company, which has developed a revolutionary measuring device, beat more than a thousand global start-up tech firms to a major international prize.

3D Technologies, based at the University of Warwick Science Park’s Warwick Innovation Centre, has developed a new type of motion-based measuring technology, enabling people to measure in completely new ways.

The company will start shipping its first orders of the product at the end of February after chalking up close to $400,000 in sales already.

It recently headed out to the CES exhibition in Las Vegas where it went head to head with 1,200 other start-up technology businesses from across the globe and was named the Hottest Start-Up by a panel of judges at the event.

The prize was $10,000 worth of promotional activity at the event and put Moasure ONE in front of the world’s technology press.

The company which started out in the Science Park’s Ignite incubator has been supported in a range of ways by the University of Warwick Science Park for the past four-and-a-half years and is now listed by Forbes as one of the 22 Technology Start-ups to Watch in 2019.

Alan Rock, the CEO and founder of 3D Technologies, and his team will be flying out to Barcelona this month to another technology exhibition called MWC in a bid to secure more business for Moasure ONE.

He said: “We were thrilled to win the award out in Las Vegas. It’s a cliché, but we were delighted to be on the shortlist of 12 so to go on and win was amazing.

“It was a great way to officially launch the product and shipping will start later in February. We’ve had orders from 38 countries, with 60 per cent coming from the USA.

“Our original product was a downloadable app, which is now available for free and has more than 250,000 downloads. We are using it as a marketing tool now – people can essentially try before they buy although the app isn’t nearly as accurate as Moasure ONE because the motion sensors in mobile phones just don’t have the same level of performance as in the Moasure ONE.”

He said: “The Science Park have been a big support in terms of the flexibility of the office space they offer and, when potential clients or investors visit, this location provides the right impression.

“As well as that, we’ve received investment into the business through the Science Park’s Minerva angel investment programme and, through Business Ready, we were helped to successfully apply for an Innovate UK grant.”

Dirk Schafer, Business Growth Adviser at the University of Warwick Science Park, said: “This is an incredible achievement for the Moasure ONE product and for the team at 3D Technologies.

“They are a great example of a company that has not only utilised the benefits of the office space here at the University of Warwick Science Park but have tapped into all of the wrap-around support that we offer too.

“The last few weeks have been incredible for the company and the potential now for Moasure ONE is huge.”

Jane Talbot, Centre manager at the Warwick Innovation Centre, said: “3D Technologies has gone from strength to strength over the years and it is incredible to see the hard work of the team recognised Internationally.

“The University of Warwick Science Park has been there since the beginning offering assistance and we will continue to support them in their future endeavours.”

Business Ready is delivered by the University of Warwick Science Park and is part of the Coventry and Warwickshire Business Support Programme, which is part-funded by the European Regional Development Fund and Warwickshire County Council.